Stocznia Centrum Gdańsk is a part of the Young City, lying by the water at the Martwa Wisła River. In front of our eyes, a new center of Gdańsk is being born - where history meets modernity in an extraordinary way.

City - Stocznia Centrum Gdańsk is located in the city center and combines all vital functions. It is a space full of life and energy, people and surrounding sounds.

Freedom - Huge space provides freedom - the right to live on your own terms. For years, this freedom defined this place and set the course of history.

Lifestyle - It forms a new quality of the city: a center for living, work, a place of rest, entertainment and culture. 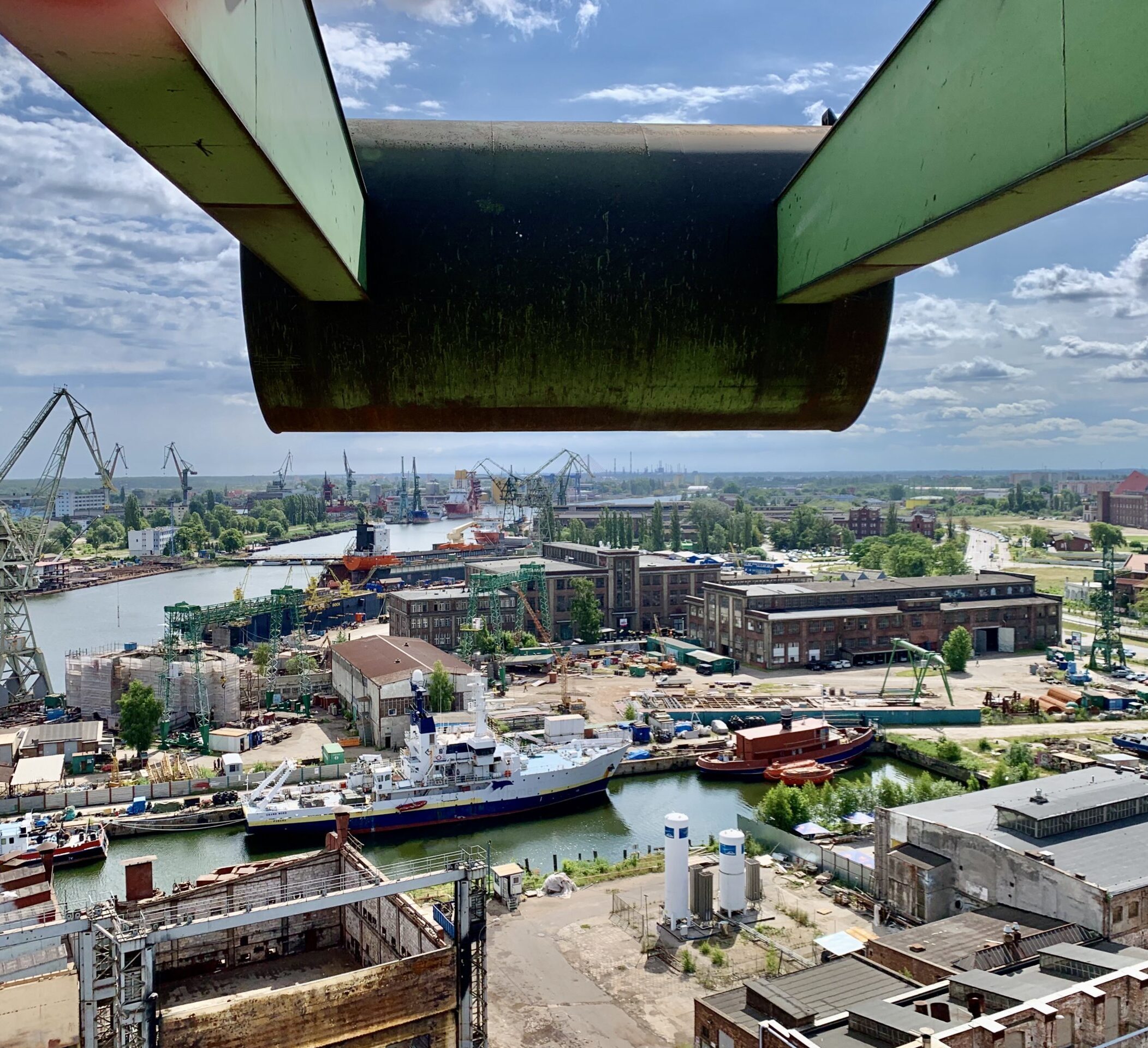 The rich history of this area began in the 14th century. The Young City was established in opposition to the Old Town, the neighbouring Gdańsk settlement.

Over the years, it became a competition for Gdańsk in its rule over Gdańsk Pomerania and a battlefield for political influences.

Foundation of
the Young City

The Teutonic Knights was summoned to Pomerania in order to provide armed support to Gdańsk in the fight against the Brandenburg army and located on the coastal areas of the future Young City. The new settlement was established under the Chełmno law in order to compete with the already existing units – the Main Town, the Old Town and Osieka. It could not be called the New Town, because that was the then Main Town. The reign of the Teutonic Knights ended in 1455 with the liquidation of the Young City by King Kazimierz Jagiellończyk. He considered the new settlement a threat to the Republic of Poland.

The area, along with Gdańsk, was incorporated into the Polish Crown, and Gdańsk took over the leading political role in the region.

550 years later, the Young City was reborn within Gdańsk borders, with a new energy and ideas for developing a people-friendly place. 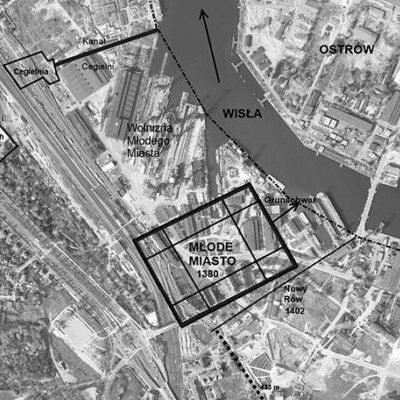 In the nineteenth century, the Young City formally did not exist, and in its former territories thriving shipyards began: the Royal Shipyard, the Imperial Shipyard and the Schichau Shipyard - today's place of SCG's operations.

In 1889, a well-known industrialist from Elbląg, Ferdinand Schichau, started building a shipyard in Gdańsk that would manufacture warships for the German Reich. The main production area of the shipyard was located on the Drewnica peninsula, a place where there was a timber yard in the Middle Ages, and where the SCG headquarters is now located. After World War II, due to the lack of orders for warships, the importance of the Schichau Shipyard decreased. In 1947 it became part of the Gdańsk Shipyard.

During the war, Danziger Werft, later known as the Gdańsk Shipyard, was part of the German war industry machine. After the liberation of the city on March 30, 1945, the Gdańsk Shipyard became one of the main centers of the shipbuilding industry in Poland, and its rich history is a record of the turbulent history of post-war Poland.

In December 1970, there was a bloody suppression of sit-in strikes, in which two shipyard workers were killed. This event is commemorated by the Monument to the Fallen Shipyard Workers, unveiled on the tenth anniversary of the events, at today's Solidarity Square. In 1980 another breakthrough event took place - the August Strikes, which ended with the signing of the August Agreements and the establishment of the NSZZ "Solidarność".

After another wave of strikes in October 1988, a decision was made to liquidate the Gdańsk Shipyard. Soon, this led to the commencement of the "round table" session, and as a result, a peaceful change of the state system and the election of a shipyard worker and a representative of NSZZ "Solidarity", Lech Wałęsa as President of Poland. 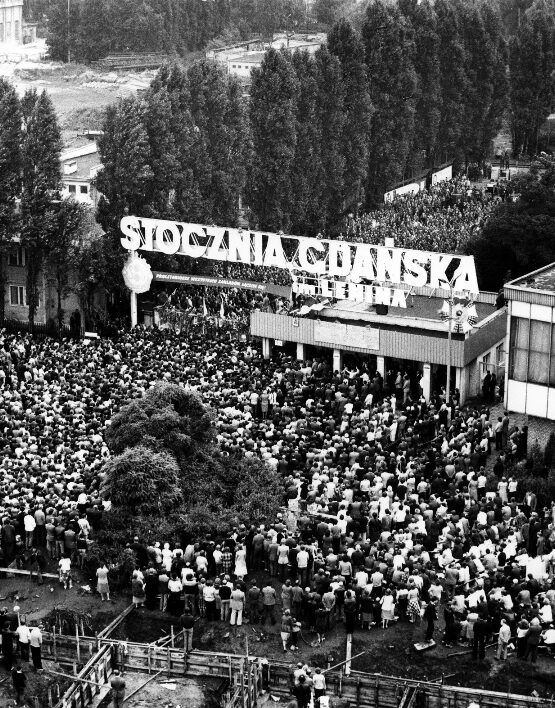 Time of change
and revitalization

Despite the huge success of the "Solidarity" movement and its contribution to the democratic processes in Poland, the Gdańsk Shipyard did not find itself in the new socio-economic situation. Soon after Prime Minister Tadeusz Mazowiecki came to authority, the Shipyard was included in the privatization process, and in 1996, due to the constantly growing debt, it was put into bankruptcy. Two years later, it became part of the Stocznia Gdynia S.A. Group. In order to save the Shipyard, a decision was made to concentrate its production on the Ostrów Island. The Vistula area was intended for the expansion of a new district with the historical name of the Young City.

In 1999, the company Synergia 99 was established, which dealt with the revitalization of post-shipyard areas, covering 73 ha of the city.

After a long period of transformations and land development changes in 2019, SCG, a new project on the grounds of the former Schichau Shipyard and Gdańsk Shipyard, was established, covering 12 ha of the Young City- a city for people, for life, for business and for rest. 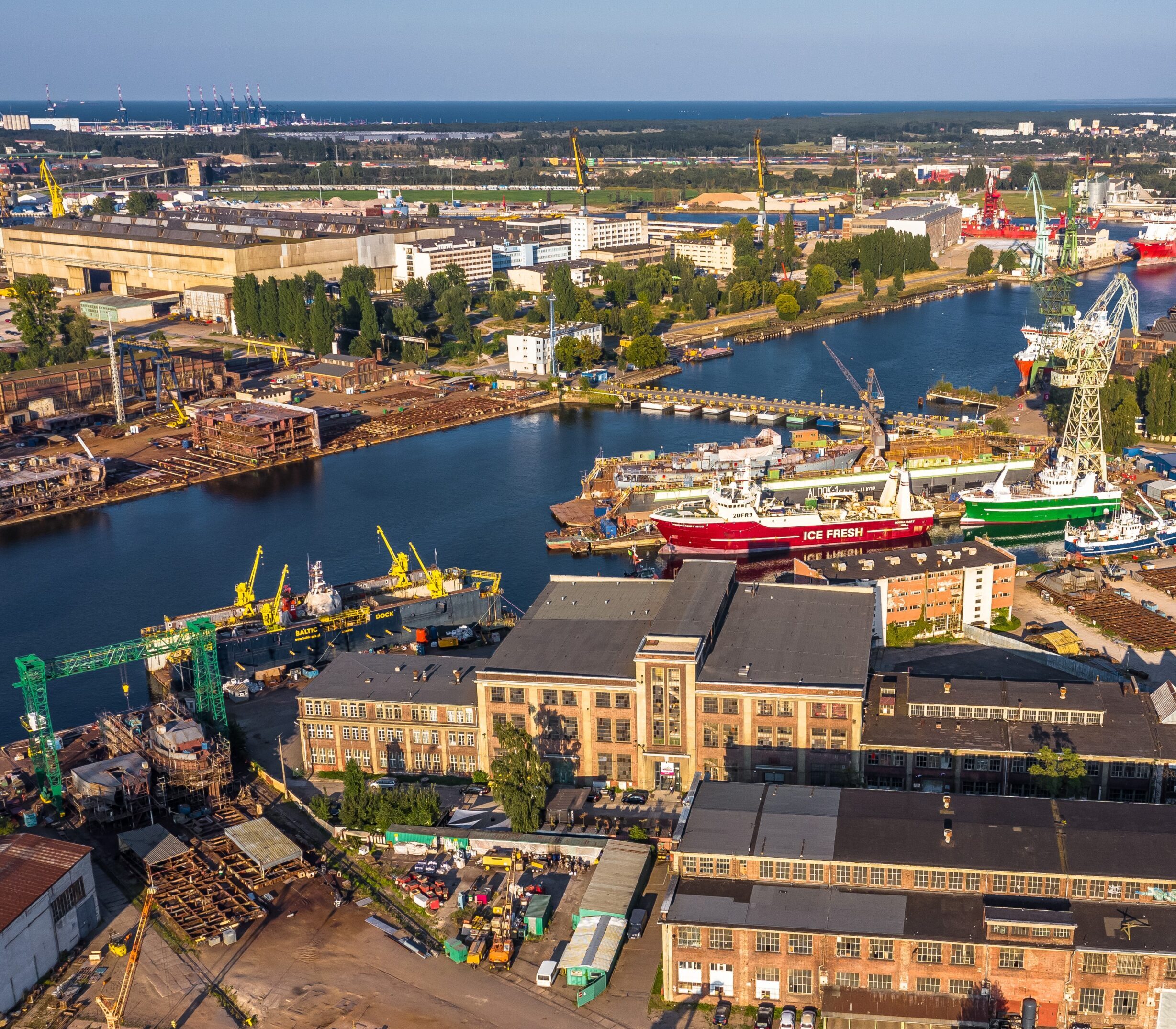 The new heart of the cityStocznia Centrum Gdańsk

The main assumption of the newly designed district of the city is the coexistence of restored historic halls and other shipyard buildings with modern, high-quality architecture, taking into account the historic street network and respectful of the former spatial planning of the Gdańsk Shipyard. The implementation of the project will increase the attractiveness of the former shipyard area for visitors, but also create a perfectly planned space for living, working and relaxing.

A new heart of Gdańsk will be created, a modern ecosystem, a real mixed-use of the necessary functions of a modern, people-friendly city. 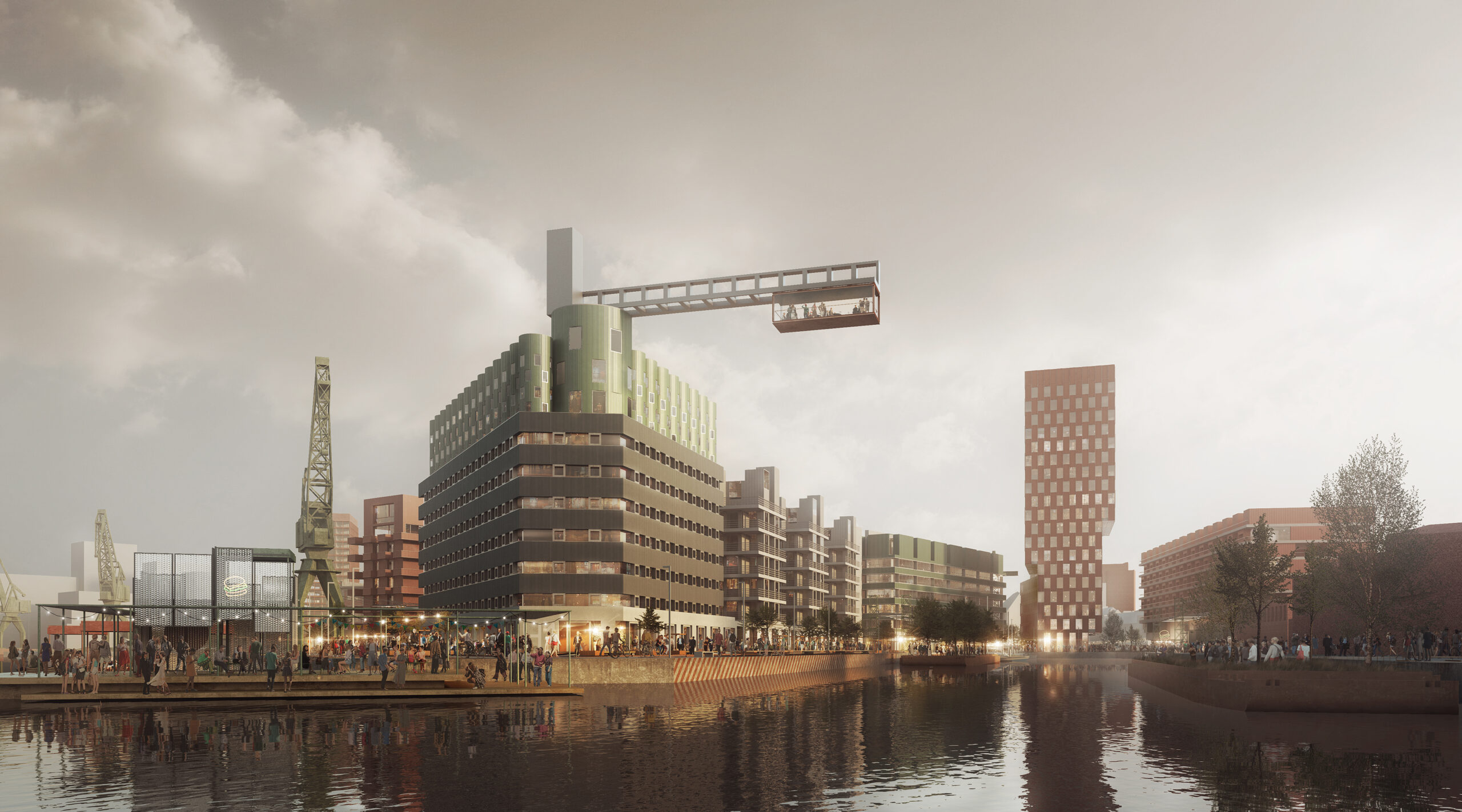 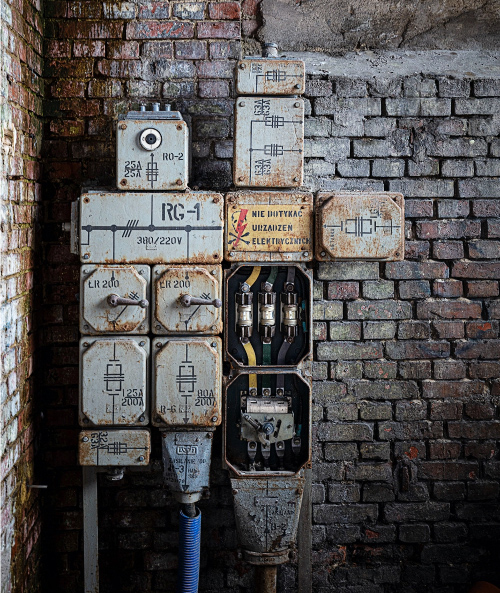 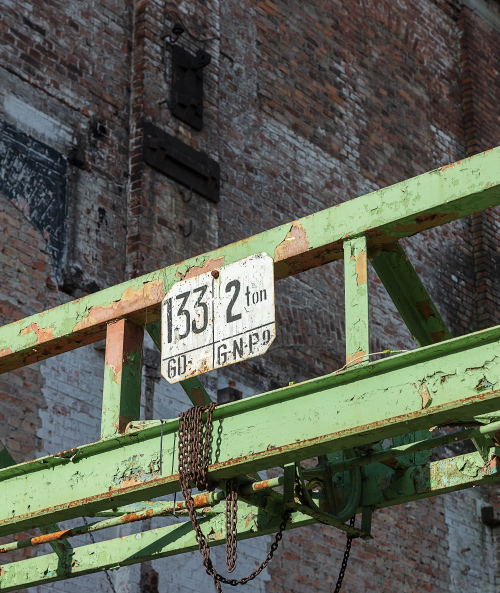 The company owns and currently manages over
9 hectare of the Young City. These are the areas of the former Schichau Shipyard and the coastal area around the Drewnica Peninsula - currently the most popular meeting place on the cultural and entertainment map of the Tri-City /ul. Elektryków, 100Stocznia, B90, SCG Park.

The SCG company entrusted the design of one of the most renowned architectural studios in Poland - JEMS in Warsaw.

"We are not afraid of changes"

Changes have accompanied us from the very beginning.
We are not afraid of these changes.

We know that they are an indispensable part of the city, business and life. With respect for the traditions, history and efforts of all those who came here before us, we look together to the future of the new heart of the city of Gdańsk.