In the center
of the Tri-city

Gdańsk in the Tri-City metropolis is a historic city with over a thousand years of tradition. A city with rich bourgeois, commercial, port and industrial traditions, as well as a rich and turbulent history, creates a unique, rich and attractive cultural environment for tourists.

The birthplace of Solidarity and a symbol of freedom. 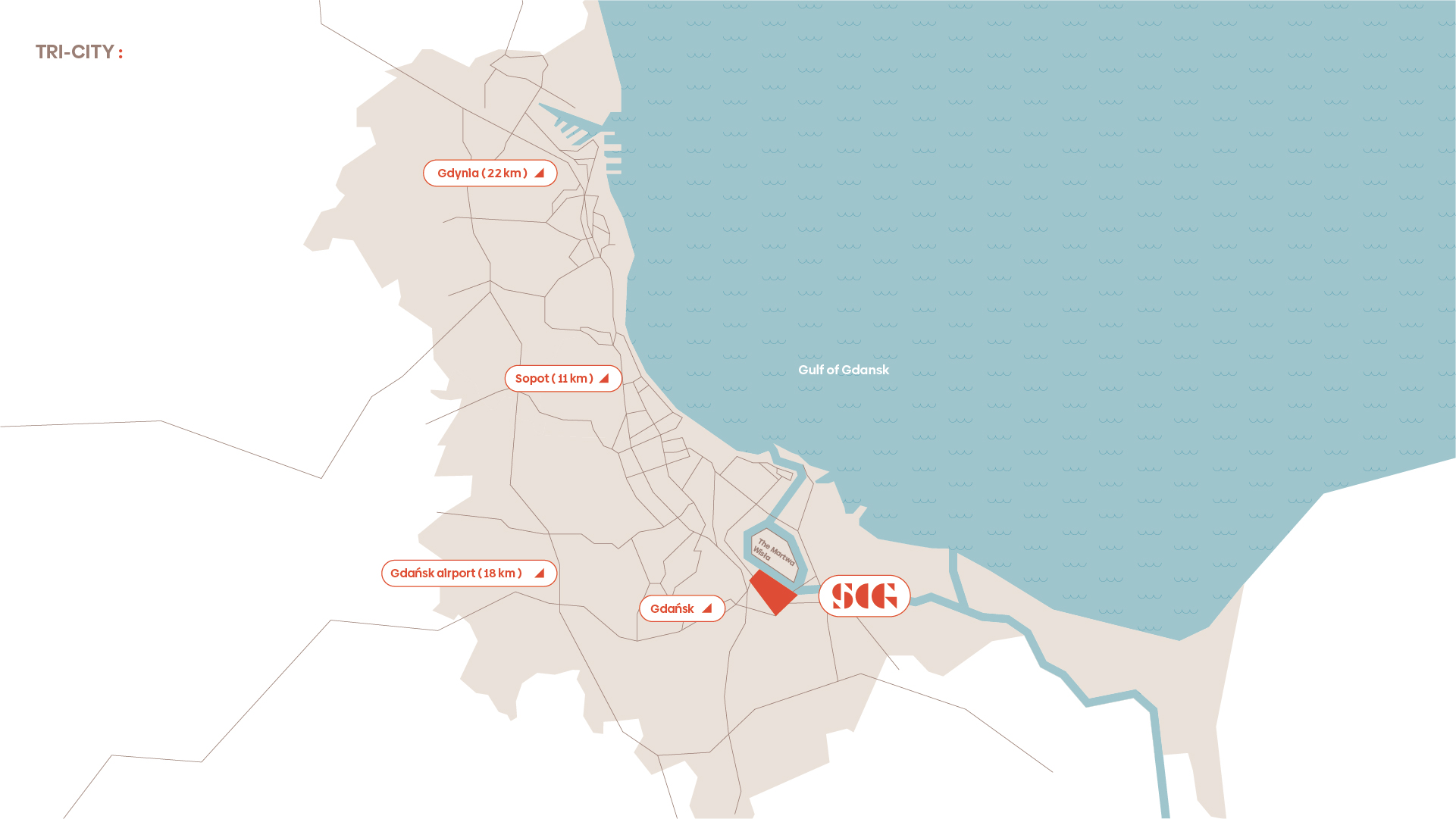 In the center
of Gdańsk

Shipyard Centrum Gdańsk located in the area of the former Gdańsk Shipyard, in the central area of the city adjacent to the Old Town - the Śródmieście district. 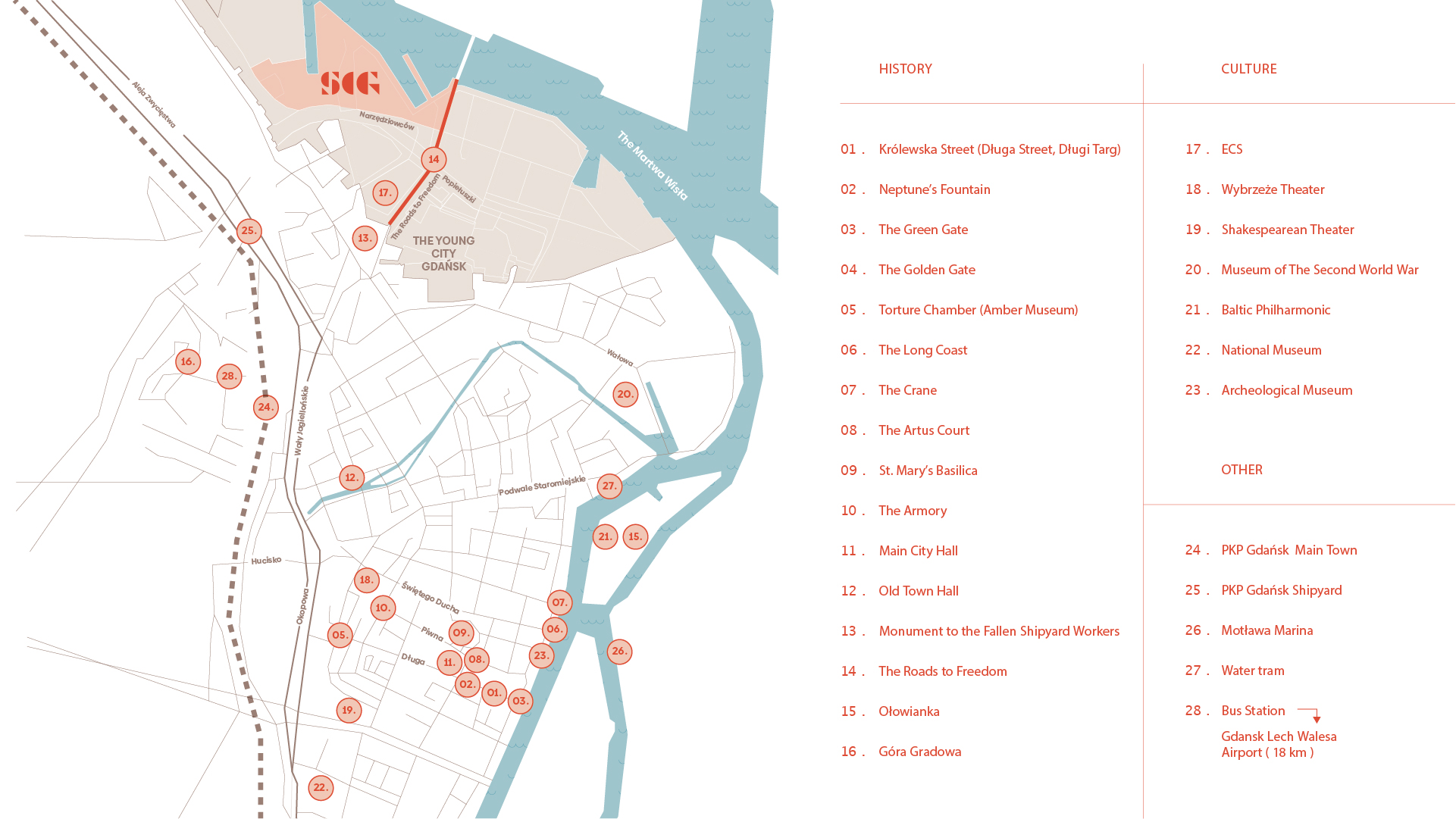 In the center of
the Young City

Stocznia Centrum Gdańsk is located on the left bank of Martwa Wisła, covers the area of the peninsula Drewnica, the former Shipyard Schichaua, from the South it is limited by a former Narzędziowców street and the northernmost terrain near the stadium Stoczniowy Klub Sportowy at Marynarka Wojenna street.

The Young City situated on a post-shipyard area in the vicinity of the European Solidarity Center, is a part of the city, where in the revitalized post-shipyard area will be built post-modern and multi-functional urban development. 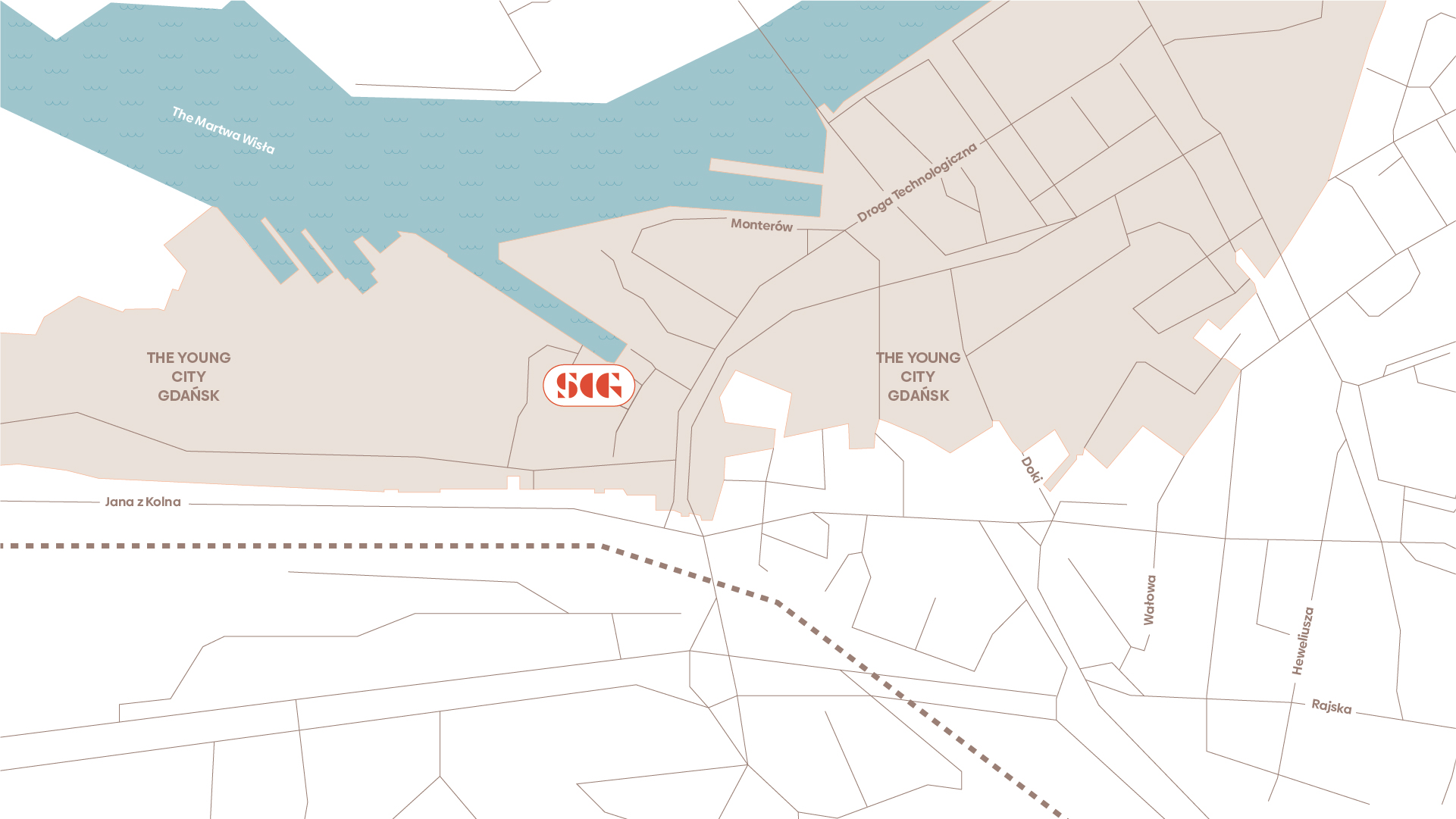